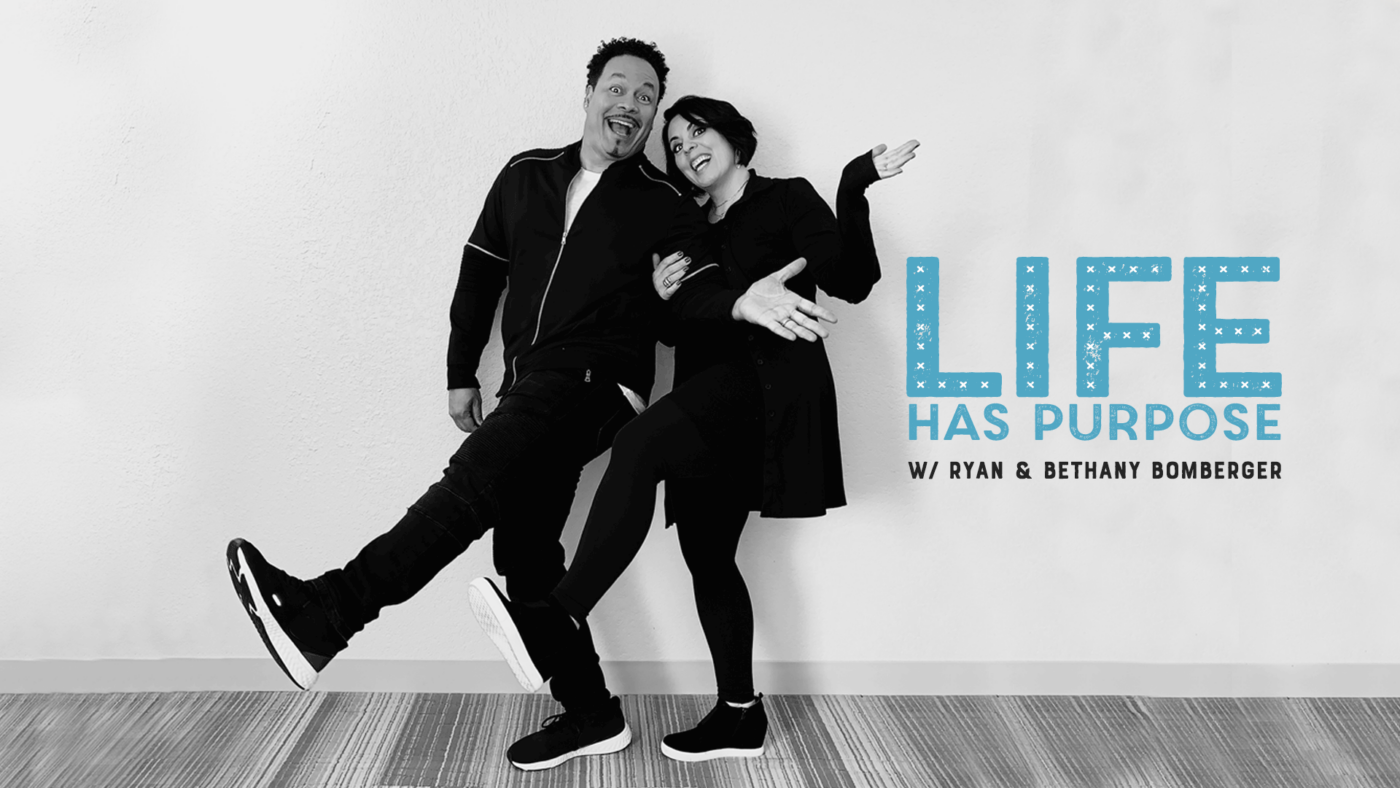 A New Podcast Every Wednesday at 7am EST!

The Radiance Foundation is so excited to have finally launched something we’ve been wanting to do for years! And what a time to be able to speak to the value of every human life! Life Has Purpose is not only the name of our brand-new podcast, but it’s been the DNA of our nonprofit organization since we created it ten years ago. Our hope is that Life Has Purpose will inform and inspire. We’re not afraid to talk about the tough issues facing our broken culture, and we’re passionate about highlighting the stories that speak hope and healing. And…we love to laugh. Get ready for a life-affirming journey with Ryan and Bethany Bomberger with each weekly episode of Life Has Purpose!

Ryan Bomberger is an Emmy® Award-winning creative professional, columnist, factivist, and author of the powerful book, Not Equal: Civil Rights Gone Wrong. He is also the co-founder of RadianceFoundation.org, a life-affirming organization based on the belief that every human life has purpose. Ryan has a rather unique perspective of the innate nature of purpose. He is one of ten children, who were adopted and loved, in a diverse family of fifteen. Today, as an adoptee and father of four awesome kiddos (two of whom are adopted), he enjoys illuminating the intrinsic worth we all possess.

As a singer/songwriter, he’s written many songs and jingles over the years, but none as powerful as his tribute to his birthmom. The song is called “Meant to Be”. Ryan is the one percent that is used 100% of the time to justify abortion. Although he was conceived in rape, he was adopted in love. His birthmom proved that she was stronger than her circumstances. And Ryan loves inspiring others, no matter their circumstances, to believe they can also be stronger.

Through Radiance, Ryan has worked with organizations around the world to defend human dignity. Ryan earned his Masters in Communications from Regent University where he was named an Alumnus of the Year. He and Bethany also received the Messiah College Christian Stewardship Alumni Award. Ryan was recognized for his leadership on pivotal social issues by Star Parker and given C.U.R.E.’s inaugural Lion Chaser Award (based on 2 Samuel 23:20). In March 2017, Ryan was given the Ignite Courage Award by the Delaware Family Policy Council for his courage in standing for the truth in love (I Corinthians 16:13-14). The Institute on Religion & Democracy also recently named Ryan as one of the 100 Influential Protestants You Ought to Know.

As Chief Creative Officer of The Radiance Foundation, Ryan hopes to continue to impact millions to embrace their intrinsic value and the incredible possibility with which we are all created.

Bethany Bomberger is the Co-Founder (along with her hubby) and Executive Director of The Radiance Foundation, a life-affirming organization that creatively illuminates that life has purpose. She is the author of the new and groundbreaking children’s book, PRO-LIFE KIDS!–an adorably illustrated children’s book that uses rhyme to teach an age-appropriate pro-life worldview.

Bethany has been an educator for two decades. She has taught in both public and private schools, working with thousands of children, youth and adults of all ages. With a Bachelor’s Degree in Education and Family Studies from Messiah College and a Master’s Degree in Education from Regent University, Bethany has spearheaded innovative educational programs in her classrooms and the communities where she has lived. From talent shows to benefit concerts, scholarship programs to children’s camps, she has organized many successful endeavors. Bethany has also been featured in broadcast news segments for her work with Literacy Kits for Children in Afghanistan and the United Way Make a Difference Campaign. Bethany’s teaching career has taken her to four states and six different grade levels. She has been a lead teacher for special needs inclusion and gifted classes. She has mentored hundreds of students and numerous teachers and felt great satisfaction in knowing that others looked to her for affirmation and guidance.  Bethany belonged to the National Council for Teachers of Mathematics (NCTM) and was active in School Planning Committees. Because she has a heart for reaching hurting and broken children with a message of hope and healing, she’s been involved in urban outreaches for years.

Married to her best friend, Ryan, Bethany is an adoptive mama who loves to celebrate courageous birthmoms and the beauty of adoption. She embraces the challenge and the blessing of homeschooling her four bold and compassionate pro-life kids: Rai Rai, Kai, Aliyah and Justice.

She and Ryan were awarded the 2012 Christian Stewardship Alumni Award by their alma mater, Messiah College, for their life-affirming work through The Radiance Foundation. Their bold, yet compassionate, work has been praised by leaders across the country. As a public speaker, she addresses large and diverse audiences with inspiring messages of faith, hope and Christ’s love. Bethany travels across the country talking about the issues that are close to her heart, such as Miss Direction, Syncing or Sinking, S.U.P.E.R. Hero Moms, Atmosphere of Faith, Transformed and many others.

Through many of The Radiance Foundation’s collaborative efforts with other pro-life, pro-family, pro-liberty organizations, Bethany is passionate about illuminating and celebrating the truth that every human life has purpose.